San Francisco, California, March 28, 2019 – With the interest of playable ads (playables) for mobile phones increases in both the west and east, Synative, a playable video solution, has built tools to help developers to create their own playables. Today, Synative announced their efforts to help bring more mobile playables into the Japanese market with the Synative Playable Studio now localized into the Japanese language.

The Synative Playable Studio is an online service that allows companies to quickly build a playable video advertisement for mobile devices in under an hour without the need to know any programming languages, allowing anyone in the company to create high-quality ads. All playable ads can already be exported for ad networks like IronSource, Unity Ads, Applovin, and social media sites like Facebook. Synative has also added the Google Play Store “Try Now” button as an added exportable option early this year.

The Japanese language is the second language added to the tool and fully supports all the same features found in the English language version. We’ve also included customer support with a Japanese team that will be able to help developers along each step of the journey from creation to placement inside an ad network.

“Japan has a lot of innovation behind it, and their curiosity and innovation have built some of the greatest games today,” says Synative Japan Sales Manager Yamato Son. “Their advertising has push boundaries, and we want to continue to push these boundaries by giving marketing groups the opportunity to take another step forward in producing incredible playable ads for mobile phones.”

The Japanese language version of the Synative Playable Studio is available today and comes with a free 7-day trial of for any developer who registers at our website.

Created in 2018, Synative is headquartered in Hong Kong with offices also in the United States and China. The company was founded by a group of mobile game industry experts including Cynthia Du, former Overseas Director of Cheetah Mobile and an expert in ad networks. 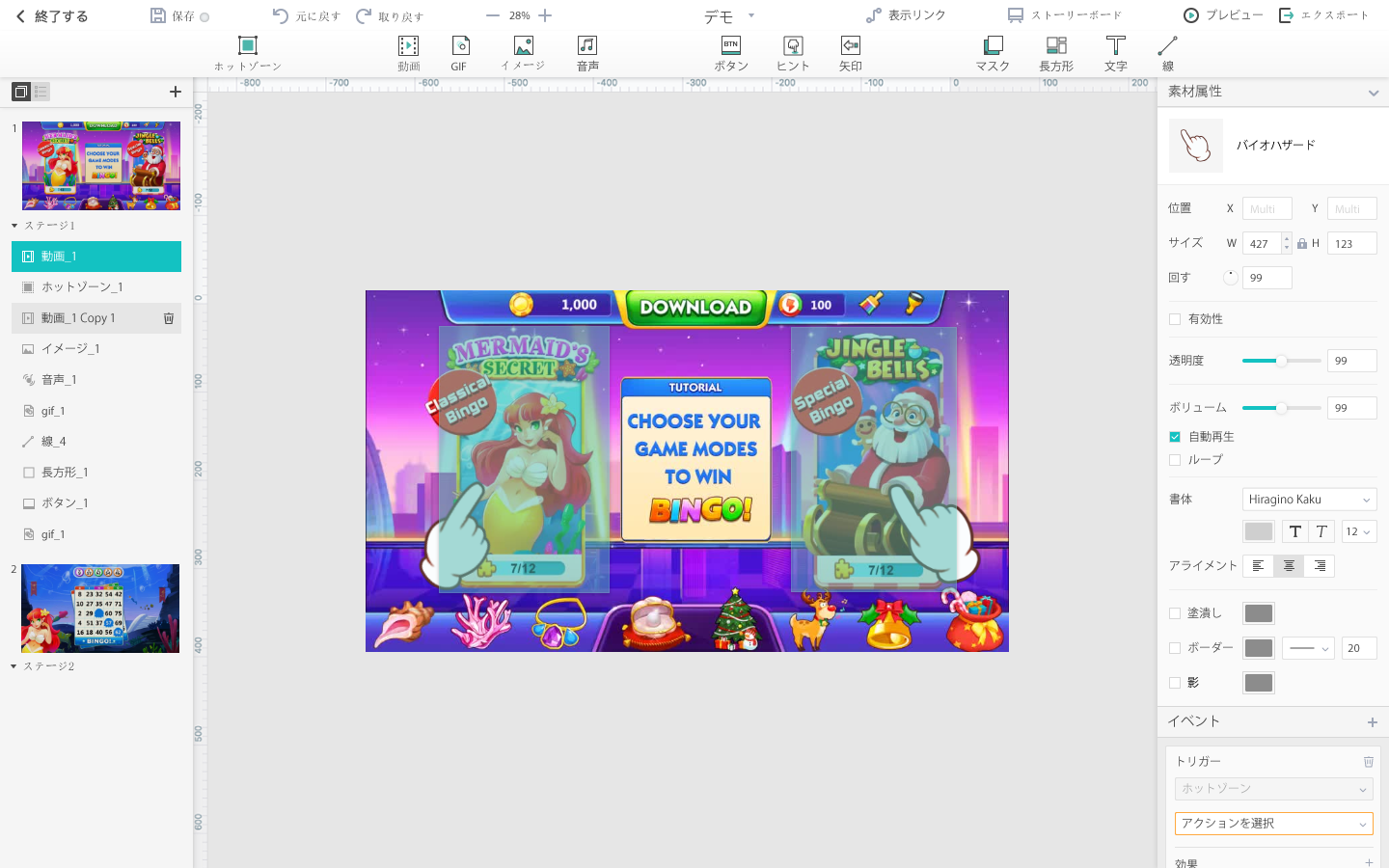