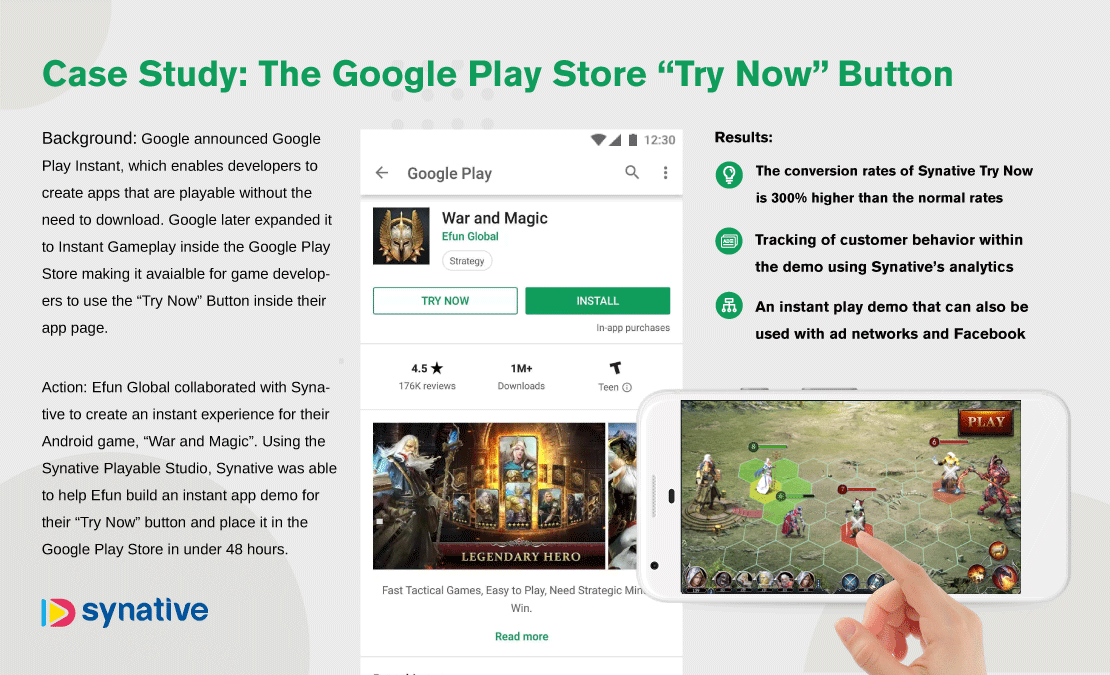 The “Try Now” fully playable demo can be created in a matter of minutes and requires minimal programming knowledge. This allows anyone in the development studio the opportunity to create high-quality interactive ads compared to other methods that require highly technical development. Also, developers can receive daily analytical data on how users interact with the “Try Now” demo to improve and optimize future demos created with the Synative Playable Studio.

“The Google Play Store currently offers thousands of apps available for download and this vast number of choices can complicate and overwhelm the user,” says Cynthia Du, co-founder of Synative. “Providing users with the option to try a game or app before downloading it on the Google Play Store, offers users the opportunity to experience the app before having to download it. The “try now” option also helps connect developers to users already interested in the app, increasing conversion rates.”

The “Try Now” feature is a compliment to the existing features of the Synative Playable Studio, an online service that allows companies to quickly build an interactive video advertisement for mobile devices in less than an hour without the need to understand programming languages.

Synative offers a seven-day free trial to the Playable Studio exclusively to app developers through their website.