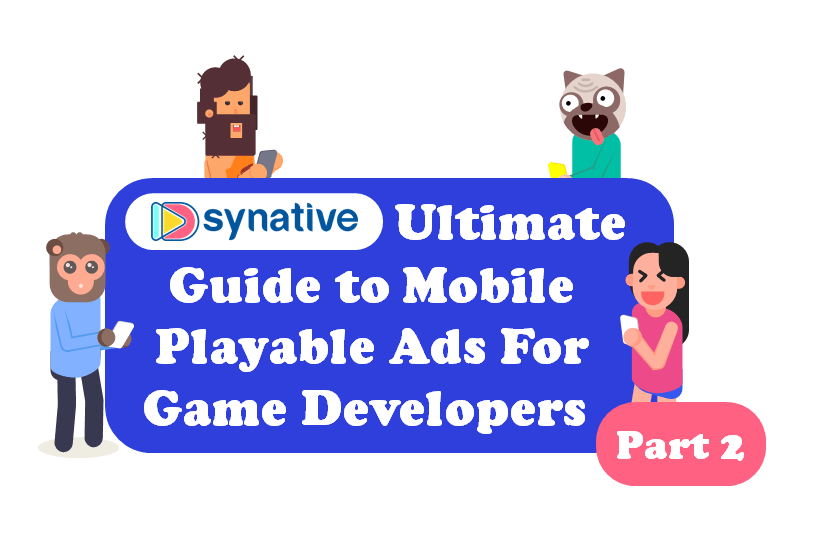 When making an advertisement for mobile ads (aka creative), it’s important to know the rules that come with great ad: visuals, advertising, and appeal. All of these rules are included and will be enhanced when you add them to a playable ad. Playable ads are growing, and in the process, people are creating more and more of them. But not everyone has hit the target on these ads.

One example of poor playable ads that I found was this ad, found by PocketGamer.biz writer Jon Jordon. This ad was placed inside another game as an interstitial ad after a player dies in the game and wants to start a new game. Please watch for a few minutes, and you can see a lot of the issues that early playable ads had.

You can see the game is too repetitive, uninspired, and doesn’t show the true gaming you’d expect in that game. It was more of a “protect the castle” game rather than the strategy game that the real game is. The length of gameplay for these ads in an interstitial is way too long and will annoy a gamer more than any other feeling they might have playing this demo.

Creating an interactive or playable ad used to require much know-how in both on the technical side to prepare it for ad networks and artistic development of an advertisement. With tools from Synative, we’ve been able to take care of the technical difficulties with our products thanks to our Playable Studio or Instant Game platforms. We’ll talk more about that in a future article.

In this article, we’d like to talk more about some good practices that will help build the playable ads with either our platform or on your own. Good playable ads develop better players that lead to long-lasting gameplay and more purchases from them. So it’s essential to learn these and apply them in your creatives.

Rule #1: Timing is everything

Before you start creating an ad, ask yourself how long do you want this ad to be? Many interstitial videos are 10 – 30 seconds long, while rewarded videos are up to 3 minutes. Make a plan for what will be the right time and when gamers should start reacting to the ad will help get you on the right footing before you even start writing the script.

With most short ads, it's best to get the players into the action as soon as possible to get their attention as well as getting them to react to the ad. Interstitials are perfect short ads, so follow the rules of casual gaming and make the gameplay quick and easy to finish in about the same time it takes to watch a short video.

With rewarded ads, it’s fine to either have the player react quickly or introduce some background before having the player play the ad. Just make sure you keep the interest high and are very obvious when it’s time the player needs to act. Having the player unsure of his actions is the last thing you want.

Rule #2 Focus on what makes your game fun.

It is vital that you show the player why they should play your ad by focusing more on what parts you love, or your testing team enjoyed, not on what they need to know about the story, gameplay, or other aspects of the game. If the fun takes too much work, simplify it for the player so that they can complete it with a simple tap, swipe, or finger hold. Unload all the roadblocks that would hinder a first time player to the fun.

This also includes the difficulty of your playable game. It’s easy to make the game hard or easy for the player, but make sure the ad has some challenge to push the player, so they enjoy their time with the ad and have a reason to play your ad.

Understanding how your gamer will play your ad is one thing, but exciting them at the choices they make is key to getting them downloading their game. By giving them the option to either win or lose, try again, or get different endings to add flavor to your ad. Take the time to make sure each part gives a player a chance to have a new experience with every choice like in this example: 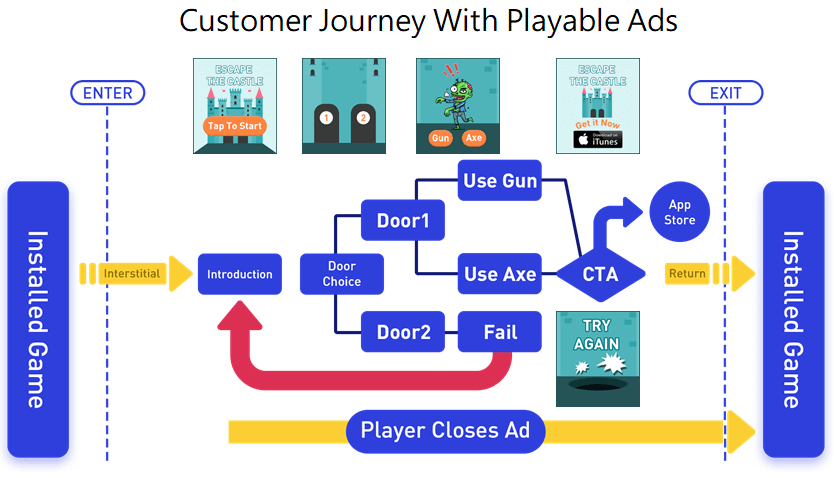 By adding branching and looping to your ad, you can add a lot more experiences that will get people excited to try your ad again and again. (Maybe even make a YouTube video of all the endings.) Though it might take a bit more time to plan out your ad, it will help bring more to the script you write for the videos as well as give you time to plan out other exciting things.

The whole point of the ad, of course, is to get them to download it. Take a lot of time crafting a perfect ending for the player to make sure they want to download as well as a strong call to action. One example is adding separate deep links to different endings, giving players different rewards when they download the game. 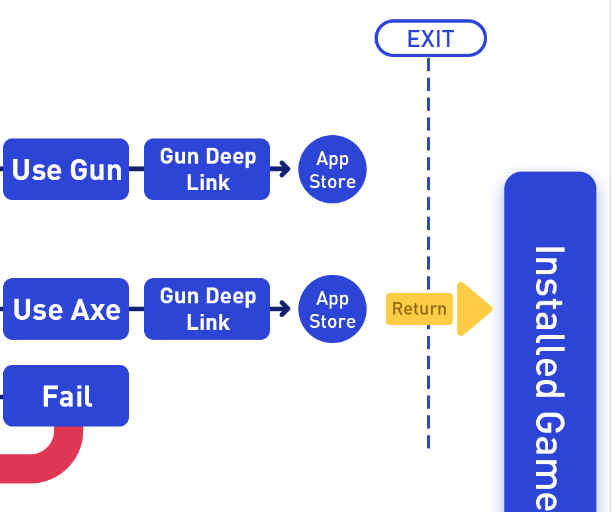 When people follow these rules, we see some excellent results:

• Retention rates increase as the player tests out the game and become interested in, leading to longer retention rates which can lead to more purchases.

• Better word of mouth as richer experiences tend to be talked about more than the average ad.

• Lower cases of fraud as bots have a harder time recognizing different playable ads and difficulty completing them.